Tribal Alliance Round Up 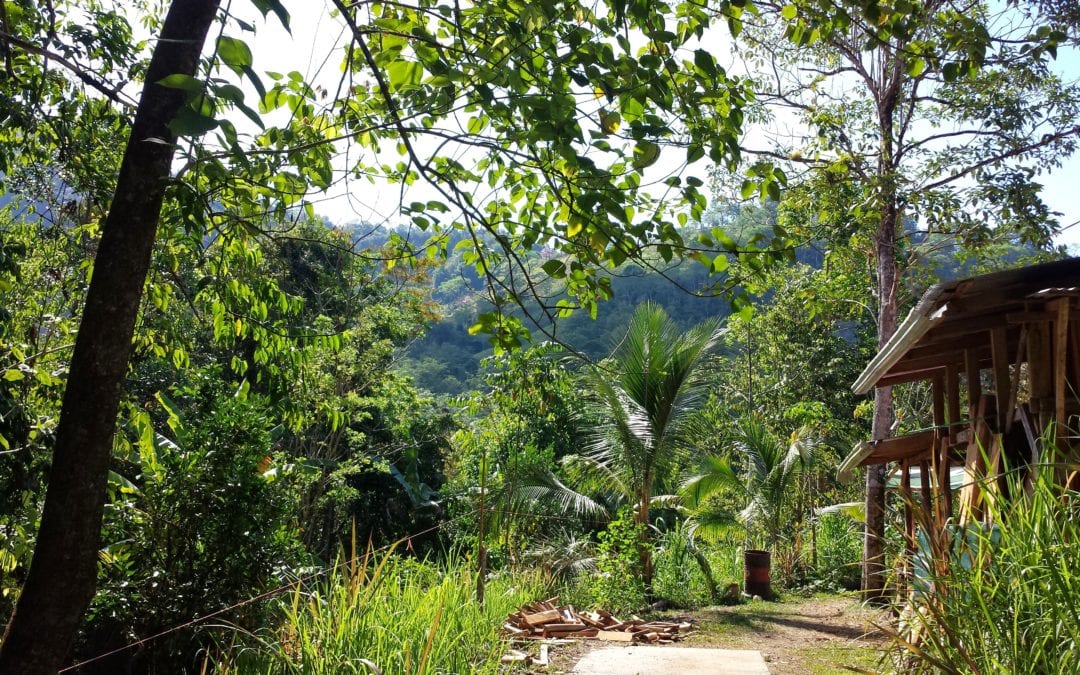 Tribal Alliance is a leadership immersion retreat for individuals creating holistic solutions to our world’s woes. Over 100 passionate people came together in the lush jungles of Costa Rica for five days.

We gathered round in a big circle under the stars to begin our five day ceremony. The night sounds of the jungle welcomed us into the space as the organizers blessed the gathering. We called upon our spirit guides and protectors. There was fluid supply of burning sage and incense. Smoke has been traditionally used for eons as a tool to clear stagnant energy and transmute prayers from the heart out into the cosmos. 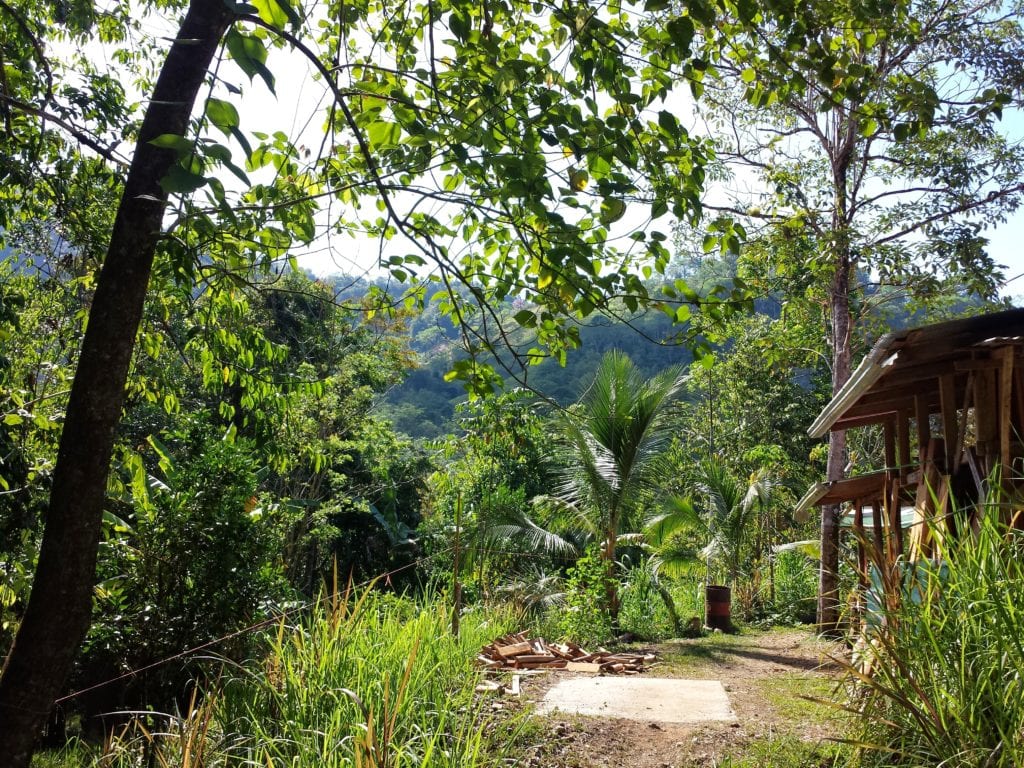 Over the next few days there were many workshops and lectures spanning a whole range of topics from decision making and vision casting to eco-village design and tantra yoga.

Way of Council
The first workshop I went to was facilitated by Grandmother Kaariina. She led us through a session exemplifying how a tribe holds council to make decisions, talk through issues and get to the root of problems.

This is the toughest stuff when it comes to building eco-minded projects. The community glue. There are scores of examples and blueprints for building things like organic farms, mud huts, composting toilets, etc. Projects struggle when there’s misalignment of how decisions are made and executed. This is where practices like the Way of Council can help build community.

Breathwork
50 people laid down on the wooden floors amidst the jungle and we were instructed to bring our attention to the natural breath as it entered and left the body through the nose. I honed in on the breath coming into the depths of my belly first, filling up my diaphragm then up into my lungs. I had one hand on my stomach and one on my chest, feeling the oxygen move. When I exhaled, I let the air out in the opposite order, starting with my chest moving down into my belly letting it all release out. We all laid side by side and slightly on top of each other as the facilitator played chakra opening jams held the vibration of the space. I went deep into myself, confronted demons, danced with angels and put balm on ancestral wounds. I could hear sounds of harmonic tones and weeping coming from my heart and didn’t realize the sounds were audible until the end of the session when I opened my eyes to see the world anew.

World Cafe
This is the session I had been most excited about. They called eight people up to the front to give the 30 second pitch about their project. I stumbled up to the front of the room at the end of the line.

As my turn drew closer, I could feel my body buzzing, my throat holding tension. How was I going to explain what I’ve spent the last two years of my life refining into 30 seconds? I spoke my truth. 10 of the 30 seconds were spent stuttering. I was disappointed in my ability to communicate this idea. I wasn’t embarrassed though. I smiled and made eye contact throughout my speech blockage.

Each of the project holders went off into different parts of the room and now there were eight honest and pragmatic conversations about projects seeking to create a positive ecological impact on the world. Each conversation had 3 participants that stepped into the role of a consultant, asking the project holders pertinent questions; getting to the root of why, how and with whom? The conversation went for 20-30 minutes and then all the participants rotated. I got superb feedback, finding clarity around what’s next, what are the phases and who are my distinct customer segments in each phase.

The energy was feeling a bit frazzled. After the second round, it was challenging to round up all the consultants again. So, each of the project people circled around to share their synthesis of what had been learned and what were the practical next steps. I felt so encouraged listening to all of the awesome projects that people have started and are going to start. It all felt so real, like this wasn’t going to be just another inspiring event, like these people were really going to go out and do this. As my turn arrived, one of the conference leaders came to the front of the room and said she needed to make an announcement. 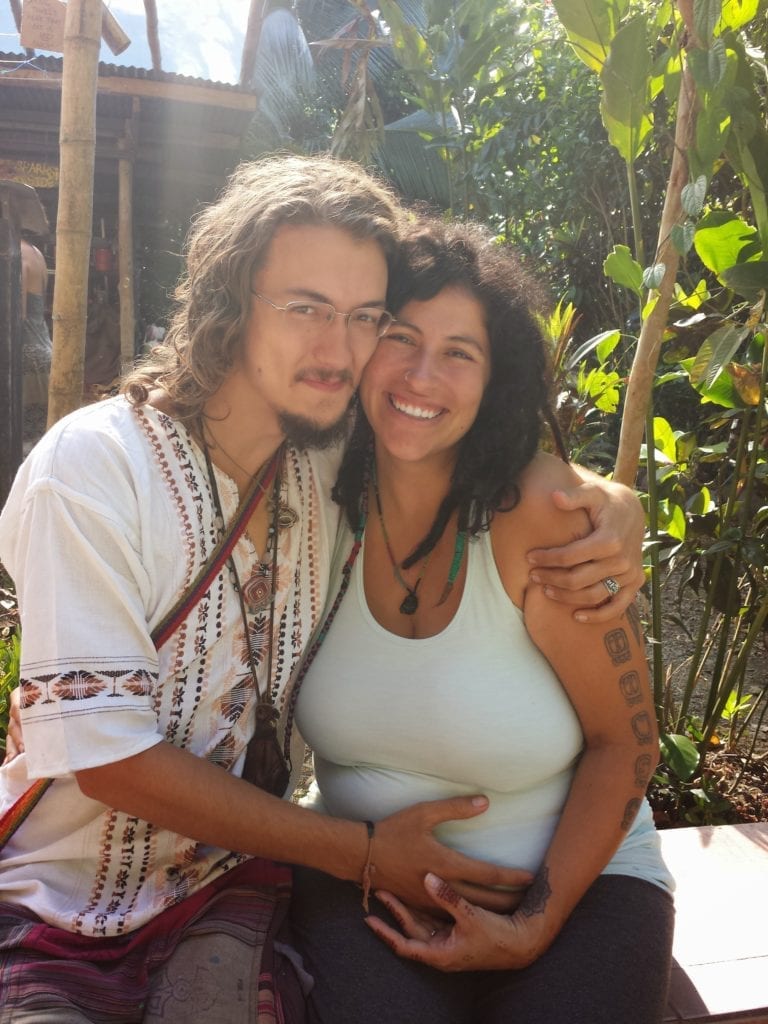 One of the women at the gathering was a beautiful Momma named Zoey who was 8.5 months pregnant. She was having contractions. It wasn’t clear whether baby was coming tonight, but the contractions were real enough to be paying very close attention. Remember, we’re out in the middle of the jungle, night is approaching and the nearest major city, San Jose, is more than three hours away. Grandmother Kaariina remarked how this is the only project right now. Meanwhile, there was another brother experiencing a kundalini awakening.

Everyone heard the call and the common space quickly transformed into a sanctuary. The sound bowls came out, people sat in meditation together; healing vibrations flooded the space. It was the final night of the gathering. We had become a community.

I never got to share my plan of action or ask for support in front of the community at large. Something better happened, I got to become part of a community. It didn’t need to be talked about, we were just doing it. Great omen.

There’s many tribes out there who have been dreaming the same thing. These tribes are blossoming on their own and beginning to weave together. The organic farmers, the natural builders, the artists, the musicians, the healers, the yogis, the misfits and all those folks who’ve decided to design what we deserve. My prayer is to help bring these tribes together to co-create in the same space. I’m curious about what happens when such a diverse group of people who share the same vision collide every day, intentionally.

In the closing ceremony, Darakshan, one of the elders, shared his candid observations about us, the next generation. He told us, “You got this.”