Sustainable Rehabilitation in the land of Waray 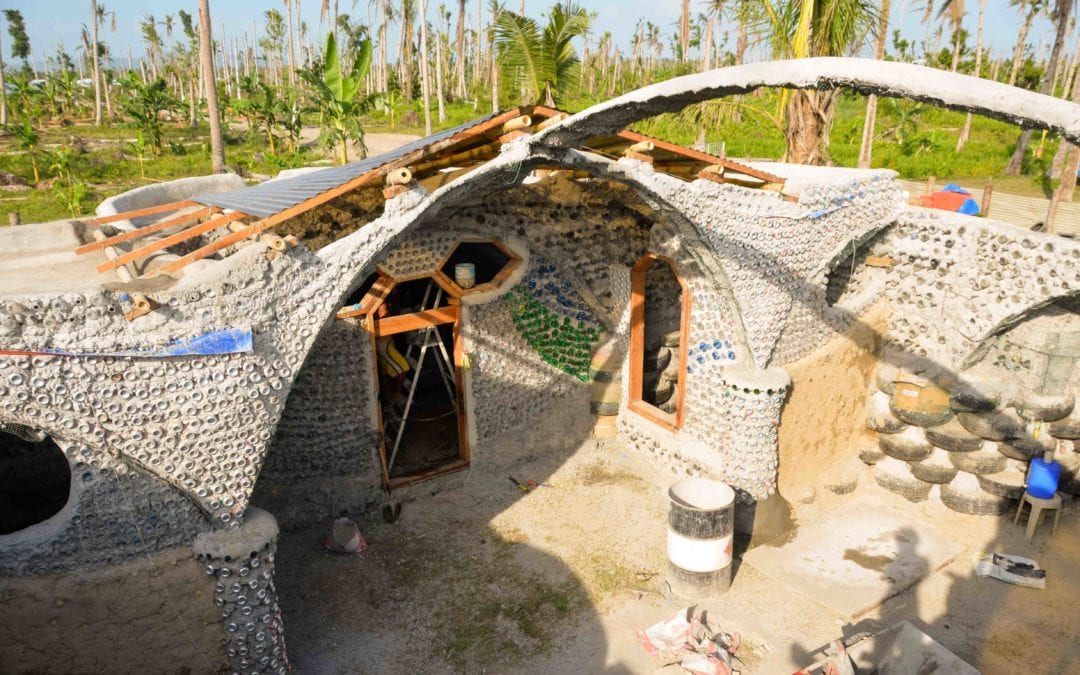 Typhoon Yolanda (Haiyan) was off the scale. A category six storm that devastated the Philippines, it was the strongest storm to wreak havoc on land in the history of humanity. I have been working with the Earth Village Project since January in the Barangay (village) of Batug situated on the island of Dulag, Leyte. We’re near the most destructive path of the storm in the land of Waray.

Waray translates to nothing. Yolanda landed here to help the people of nothing rise up into fullness. Its only when you’re empty that you can fill up again from the bottom. The Earth Village Project seeks to rehabilitate the village of Batug in the most sustainable way imaginable. Think small-scale permaculture & organic farming, mud houses, earthships, composting toilets, etc. constructed collaboratively with the community in the spirit of learning by doing. Yolanda decided to come here because she knew that the people of nothing are the ones who have the resilience and wisdom to redesign their communities with the flow of nature. Mother Earth is healing herself.

The Earth Village Project is a part of this healing. Batug is the pilot site where we’re employing a learning village attitude working with villagers to find lasting solutions to their needs in a sustainable way. Our aim is to create a system that designs us out of the picture. It’s all about empowered rehabilitation, decidedly not a handout.

The Earth Village Project started in December when a few people came to Batug to start living with the community, camping out in a villager’s yard. We spent a month doing empathy walking with the villagers, gaining deeper understanding of their lives and their needs. Serendipitously, I came as this work was culminating. Ten of us banded together and made our way to Batug after the New Year, set up base camp, facilitated a village-wide visioning, planted a community garden and built a mud bench, all in a single weekend.

Shortly after, we made a connection with the fine folks from Earthship Biotecture. Turns out Michael Reynolds had designed a typhoon proof bunker using Earthship principles, coined the Windship. We decided to join forces to build the first Windship the world has ever seen in Batug on the site of school. Beginning February 23, 70+ foreigners and locals converged in Batug to build the entire structure in a mere ten days. All energies shifted focus to the mayhem of preparing to do something that hasn’t been done before. It was a wild ride complete with high energy and sleepless nights.

As I sit here writing these words, I gaze out at the Windship, a glorious piece of art built from trash, by a community hell-bent on making the world a better place. Most of the Earthship volunteers have left Batug, the Earth Village Project team continues evolving and we’re entering back into a small tight-knit group, a family. Looking forward we’re developing a learning village with the intention to build a mud wall and plant a kitchen garden in every home in Batug. We think we can do this for 100 USD per family and are currently accepting sponsorship and volunteers.  As we build off the momentum for the Windship Build and come into a space of further clarity, our team is filled with gratitude for where we are. We’re entering into activation mode, it’s on!