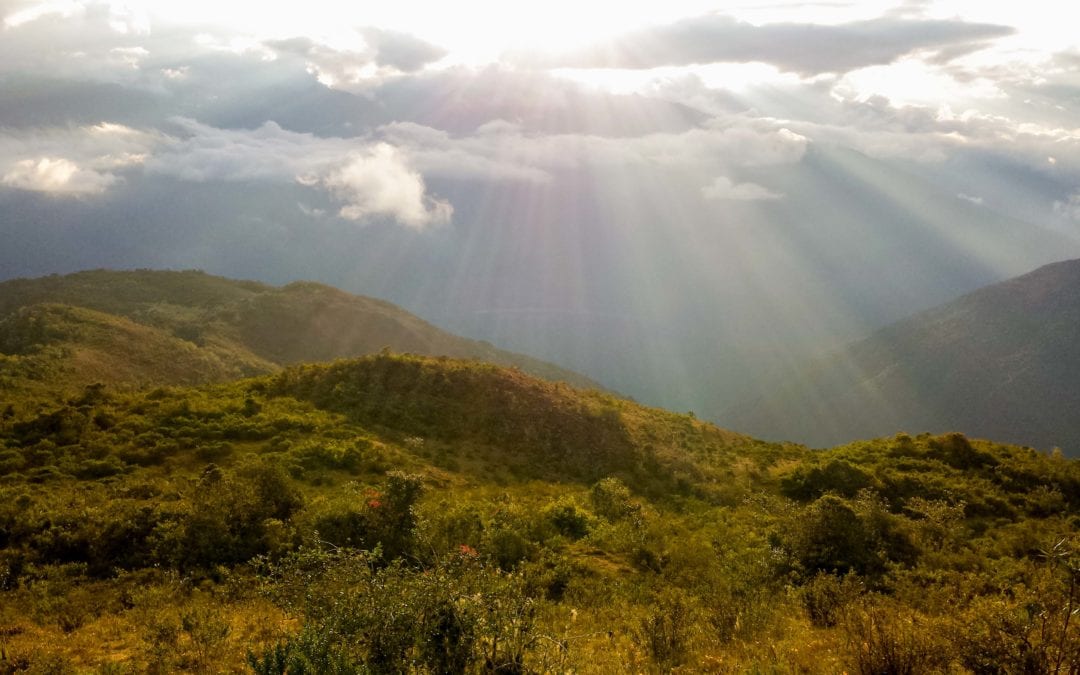 I spent three weeks on the edge of the Andes and the Amazon in the Sacred Valley of Peru. I remembered what its like to birth something miraculous, I practiced shamanism and permaculture whilst climbing mountains. It was a mystical, yet practical experience and I’m sure I’ll be downloading the lessons for quite some time. I’ve learned that everything we do must happen one step at a time. One incremental step at a time.

The Paititi Institute is an innovative organization that practices holistic healing. One of their ethics I identify strongly with is that, in order to make a real dent on the outer landscape, an inner transformation is essential. They practice this attitude with the help of sacred plant medicines and indigenous traditions to help heal people. For example, there are many cases of people being healed from terminal illnesses that modern medicine deems incurable. There’s a great documentary called The Sacred Science, where they share the stories of a group of people who came for a month of healing. The Paititi Institute recently became the steward of a 4,000-acre mountain on the edge of the Andes and the Amazon in the Sacred Valley of Peru. I joined them for a shamanic permaculture adventure; it was the first time they hosted guests on the new land. In this particular course, 23 of us from around the world came together and remembered what its like to live as a single organism. We worked on visioning for the new land exploring how we might transform this mountain into a vibrant healing community that lives with the flow of nature. The collective energy and the land opened a space for deep journeying inside ourselves.

The feeling from ancient lineages of stewards resonated loud and clear; the mountain was happy to let us in so we could clothe her again.

The Institute’s land is remote. From Cuzco, you must drive six hours into the depths of the Sacred Valley until you reach a little mountain village called Waya. From Waya, you hike down into the valley for an additional three to six hours, depending on your hiking skills. The hike is no easy feat; these are the Andes Mountains and they are steep. Before beginning the course, I remember breezing over the orientation packet where it said you must be in good physical shape in order to join. I thought, “Yeah, I’m in great shape. I’ve been practicing yoga, biking, I eat well; definitely enough for this little hike”

I was the last one to make it down the mountain. I thought I was going to die. I couldn’t catch my breath. After a few steps, my respiration would quickly become erratic, and I couldn’t manage to satisfy my lungs gulping for more of that thin mountain air. My throat dried up and it was becoming increasingly challenging to maintain any kind of consistency with my breath. It freaked me out mentally. I thought there was something wrong with me. I thought I was so fit, definitely more fit than some of the people in the group, yet here I was struggling like a little bitch. This spiraled into all kinds of negative thinking, beating myself up, thinking I wasn’t enough. These thoughts led to more irregular breaths, further exhaustion, and all I could think about was the great distance to base camp: our destination. Thankfully, I had a super encouraging and patient new friend with me as the caboose of the hiking train. Robert’s job was to ensure no one was left behind, he helped me maintain the bit of sanity I had left. The others were so far ahead though; I still felt pathetic and weak. 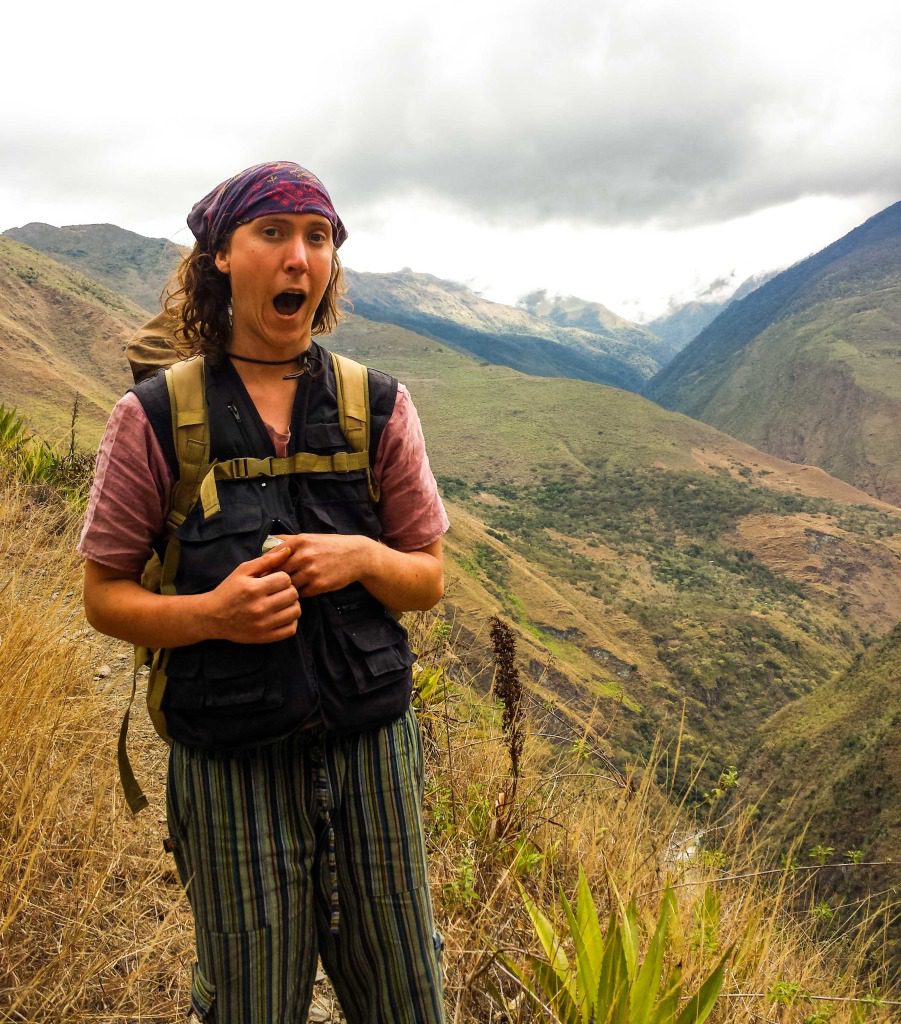 Eventually, I made it through alive. My knees were shot, I was beyond exhausted. I was disinterested in talking to anyone or looking people in the eye. It was as if I was embarrassed for my shortcomings in climbing down the mountain so unathletically. It took me five and a half hours. I made up all these excuses, futilely trying to convince my lizard brain it was okay. I reminded myself that I had a really heavy pack with the computer, the solar charger, that I made this commitment to myself, I was still getting used to the altitude, blah blah. I got even more down on myself because I noticed the tricks I was playing on myself in my head, seeking justification.

We stayed at base camp for the next week, observing, learning more about how to transform inner and outer landscapes and connecting with the land on a more intuitive level. Then, we climbed to the top of the mountain to deepen our observations and understanding. This one was an uphill climb and we were expecting it to take the entire day. I was excited to try again, yet still feeling quite anxious given my previous lackluster performance.

This hike was awesome. I became a new man. I felt so strong, my pack weight wasn’t bothersome. I made every single step consciously, trying to be ever so much softer with each footprint. I wasn’t worrying about when we’d get there or the distance until we’d arrive. I was no longer peering ahead to see if I could catch a glimpse of the finish line. I was looking right in front of me, at the next step, admiring the rich flora and fauna that I had never seen before. I’d stop once in a while, look around at the expansive vistas and remember how awesome it is to be alive. I believed I could climb the mountain fueling the journey with joy, step by step. I didn’t feel thirsty the entire day, so I offered my water bottle to people who looked like they needed it more than I did. I knew I was going to be just fine. 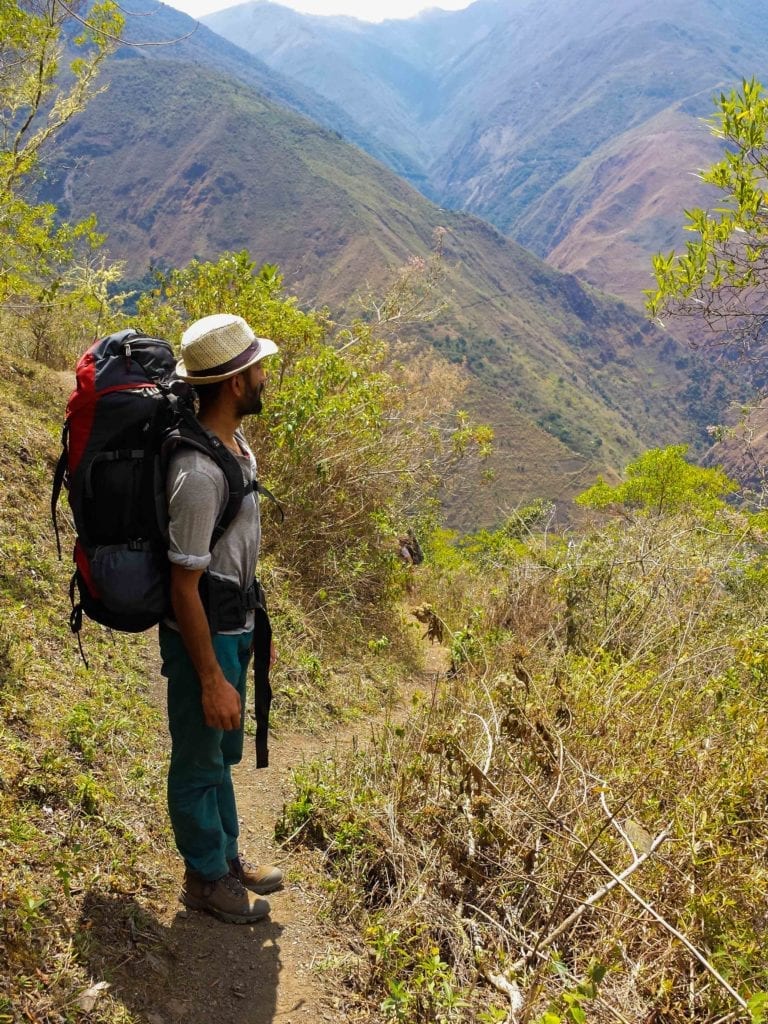 After four days at the top, we hiked back down to the original base camp and, this time, it was almost too easy. There were some rain showers along the way and it became slippery. I wasn’t scared though, I was actually enjoying it. It’s funny, I put on a raincoat and left it on after it stopped raining so I could sweat profusely as I ran down the mountain for the final leg. My confidence was precarious though, I had a few slips that could have been much worse, sobering reminders to continue stepping consciously. I pushed my own edge further, seeing how much I could handle. This time, I didn’t drink any water and we hiked pretty much straight through with only one short stop.

The final hike was the one back up the mountain where I thought I was going to die. The course was finished now and this was the last bit. I was slow in getting all my things together so the rest of the group had already taken off. I was eating breakfast, feeling super rushed and like I wasn’t going to make it. What if I didn’t know the way? What if I fell off the side of a cliff and no one would even know? I finished my breakfast and hit it quick.

I was so methodical. My breath had learned this harmonic rhythm in coordination with my steps, as the energy from the mountain spiraled into me from beneath. Each and every step was a little softer, wider and faster than the previous step. It was raining again, so I put my raincoat on, only to soak myself with sweat again. I didn’t even think about water. I don’t even know what I was thinking. I was in a different place, enchanted in each step. I couldn’t see anyone ahead of me or behind me, I just kept moving. I was conscious of my posture. There’s this posture I found leaning into the mountain with a straight spine of stacked vertebrates, strong legs, rooted core; the steps flowed effortlessly. I met up with some other folks at the halfway point. It had taken me a grand total of 50 minutes to reach them moving uphill through the rain. The same distance coming downhill with clear skies three weeks prior had taken me three gruesome hours.

I let beams of light burst through my clouds. 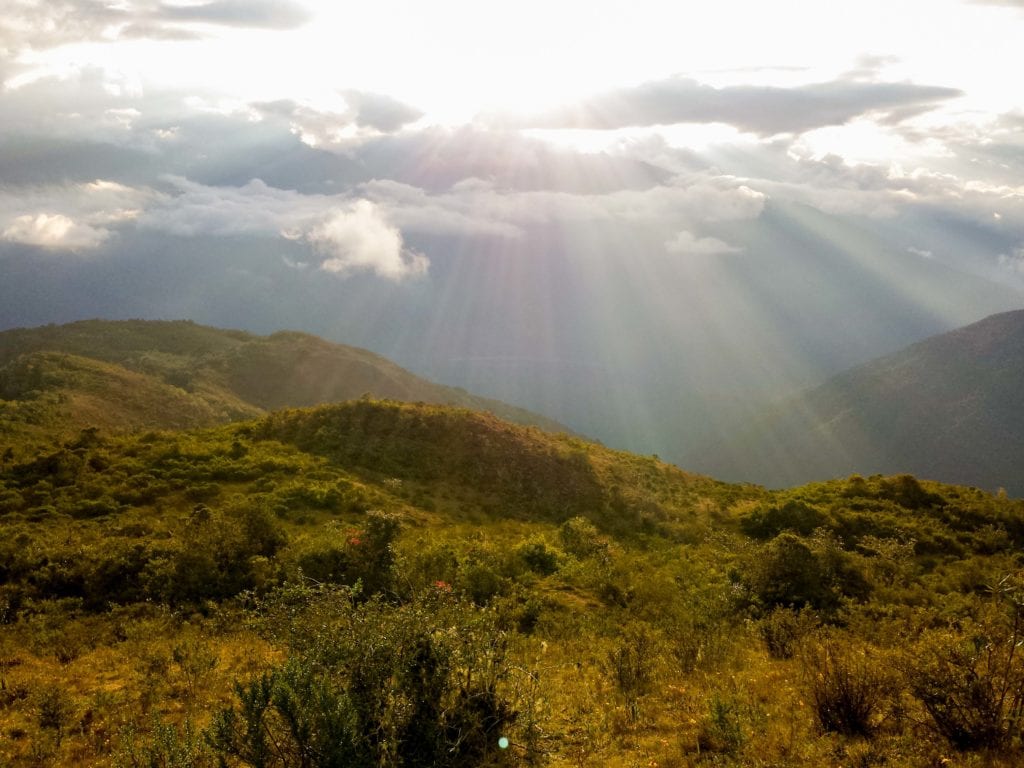 What this taught me is that I’m climbing a mountain every day; it’s called life. In order to do this, it requires small, incremental steps. At first, its really hard and it makes me think I’m going to die. I think I’ve passed through many stages in life that resemble this initial phase of learning to climb. What’s happening now is that I’m beginning to habitualize the steps, I feel stronger, I see that I can do less with more and that I can always give more than I think I can. The crippling fear that I am actually capable of doing anything disintegrates into my breath.

As I lean in deeper, I get weird looks, naysayers doubting the whole journey and wondering why the hell I’d even want to climb this mountain in the first place. They cajole me, saying there are easier mountains to climb. I’m learning to put my ego in its place and remember that it’s not about climbing easy or hard mountains, it’s not about conquering this physical ordeal. There’s nothing to be conquered, I’m learning to simply ask to be let in and remain open to where the mountain who calls will lead.

I’m not ‘there’ yet though, it’s a journey of eternal beginnings. This is merely the preparation for what’s to come. I’m delighted by all the new plants that I’ve never seen before, especially fascinated by all the different colored butterflies transform from poisonous fuzzy little caterpillars. Everything I’ve done – all that I’ve learned and continue to learn – I am going to need in order to climb the next peak. It’s healthy to reflect and honor the tribulations and the triumphs of the long road that’s gotten me to this point. I deserve to give it to myself: I’ve blazed a beautiful trail around an uncharted path.

I look ahead and there lies an ever-more majestic and treacherous peak that beckons me, daringly. No matter how many peaks I’ve climbed though, I still get scared. I look back again and remember that I do have the fortitude, the resilience, the sheer strength and determination to scale the next peak. It must be climbed the same way as the first 26 of them, step by step. I’ve got to keep climbing, for it’s my personal legend. The call from the cosmos resonates clearer than ever before; there’s less noise in the airways up here. I realize now that when I reach the next peak, there will be another even greater peak that I will only be prepared to climb once I’ve experienced the one right in front of me, step by step.