Social Enterprise Is Here to Stay. Embrace It. 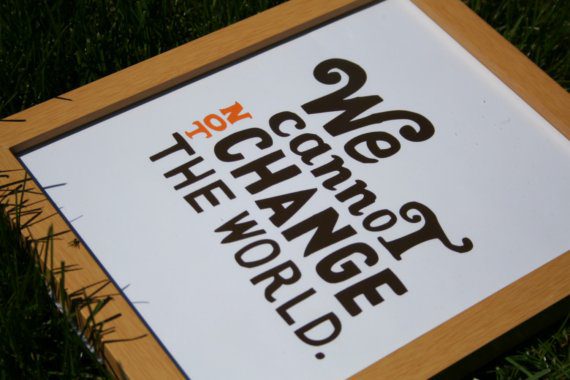 Social enterprise is on fire today. Ambitious young guns all over the globe are leaving their cushy corporate jobs and shunning traditional career paths for a new kind of business: one that achieves both financial and public benefit. The idea of making a profit and a difference is becoming exponentially more popular and thanks to marketplace trends (i.e. environmental and social responsibility, conscious consumerism etc) is garnering unprecedented momentum. But up until only a few years ago, the concept was still a pretty lofty sell.
I recently met Jeff Kurtzman, serial social entrepreneur and co-founder of Better World Books, a socially responsible online bookstore that’s played a key role in validating that positive impact and profit are not mutually exclusive goals. Better World Books has donated over 6 million books, raised over $11 million for libraries and literacy and is today earning revenues upwards of $50 million.
When I asked Jeff about the impetus for launching Better World Books, he noted a handful of things including a disenchanting eighteen-month spell in corporate America as well as a broken system him and his buddies noticed when attending college. Jeff explained, “When we were in school, a lot of college bookstores were literally just tossing secondhand books into dumpsters. So we started selling them and they went like hotcakes. It took just a little simple math to understand the opportunity if we expanded to 100s of campuses.” By scaling, they could collect even more books, sell them online and introduce a pioneering new social enterprise.
Jeff’s newest venture is The Enlightened Shopper, an online platform promoting awesome products from socially responsible, mission-driven brands. Jeff co-founded the startup with Tolga Baki, a technology innovator also passionate about leveraging business to create impact. Talking to Jeff, his outlook on how social enterprise is the future of business is contagious. And his passion for building ventures that in turn build “a better world” is equally as inspiring.
According to Jeff, “There are so many studies indicating the need for businesses to embrace higher purpose. Companies like Better World Books are validating this every day too. Younger generations especially, are really starting to care about where and what they’re buying.”
People today are generally willing to pay a little more if they know they can feel good about a purchase decision. Consumers want to support businesses that are supporting a triple bottom line (people, planet, profit) because oftentimes it’s an extension of their own values. For this reason, social responsibility and customer loyalty are oftentimes very directly proportional.
Better World Books and The Enlightened Shopper exemplify social enterprise. These ventures are building the foundation for a new economy: one that emphasizes sustainability and impact in addition to financial return. Extraordinary social entrepreneurs like Jeff are changing the game. They’re rejecting convention, asking the tough questions and then executing on their values. Social enterprise is here to stay. Embrace it.
(Photo via Etsy)