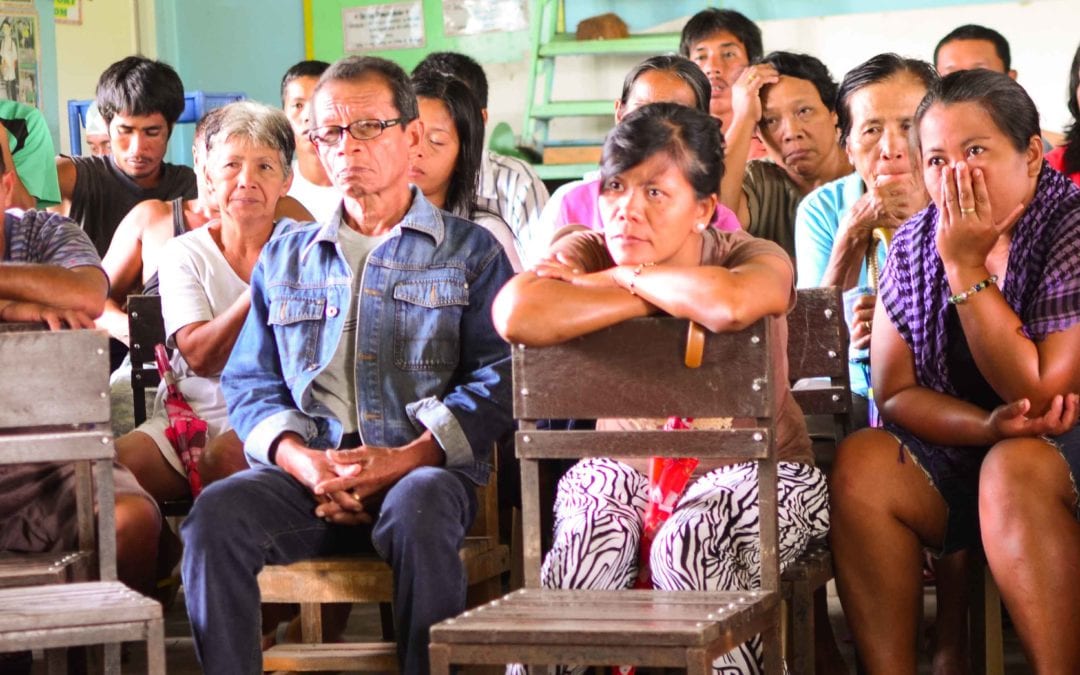 We arrived into Batug as a convoy of nine people contained in an SUV and a multicab packed full of tools, tents and supplies that were mostly donated. I would observe those little cars packed full of huge loads whilst traveling, always being amused and laughing at the whole scene. This time, I was the driver of that scene and it was the definition of adventure. I’ve been learning how to speak the language of the Universe the last few months and the synchronicities have been incredible. The last ten days from when our team arrived in Cebu have been constantly miraculous. It’s getting ridiculous now. I’ve been pinching myself every day thinking I’m going to wake up only to realize that its real, it’s all actually happening. I am eternally grateful to the Universe, so blessed to be dreaming with my eyes open.

There had been a few volunteers holding down the fort for about a month prior to our arrival. These folks are the troopers that were in the village of Batug empathizing with the community showing them that were here for the long haul. This is unlike any international relief project I’ve ever heard of. Instead of dropping a bunch of supplies and pity, we’re collaborating with the community in a dignified way sowing seeds of regeneration. In a session with the community, a member of the village shared her gratitude for how this year the holidays were simpler than last year. This is rural Philippines were talking about, life was pretty basic even before the typhoon ripped through, yet she was so grateful for how it became even simpler when they lost everything. The resilience and positive attitude of the Filipino people is remarkable. 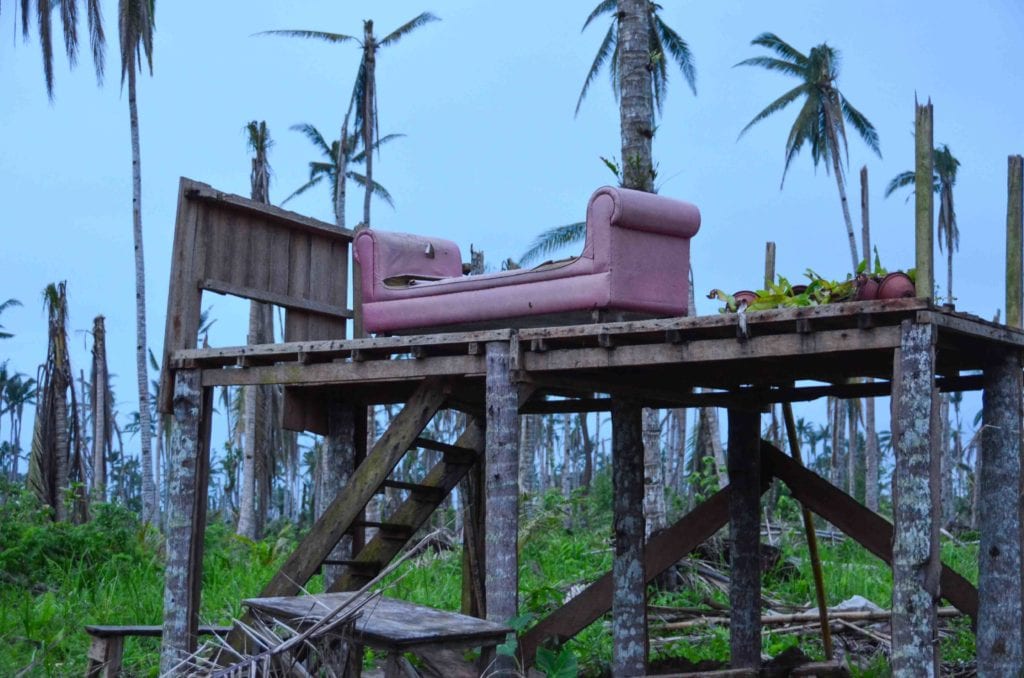 When we arrived, there was no ‘leader’ in the traditional sense, there was no central plan of how were going to set up the base camp. Everyone just started moving and shaking to their own beat in harmony with the whole team. We set up tents, tarps, built some basic structures, made a composting toilet organized storage of food & tools- we basically came together and built a community in a single day. Pi and Sarah invited the entire village for a workshop the following day. There was just enough time for a sunset swim in the river with all the kiddies from the village. 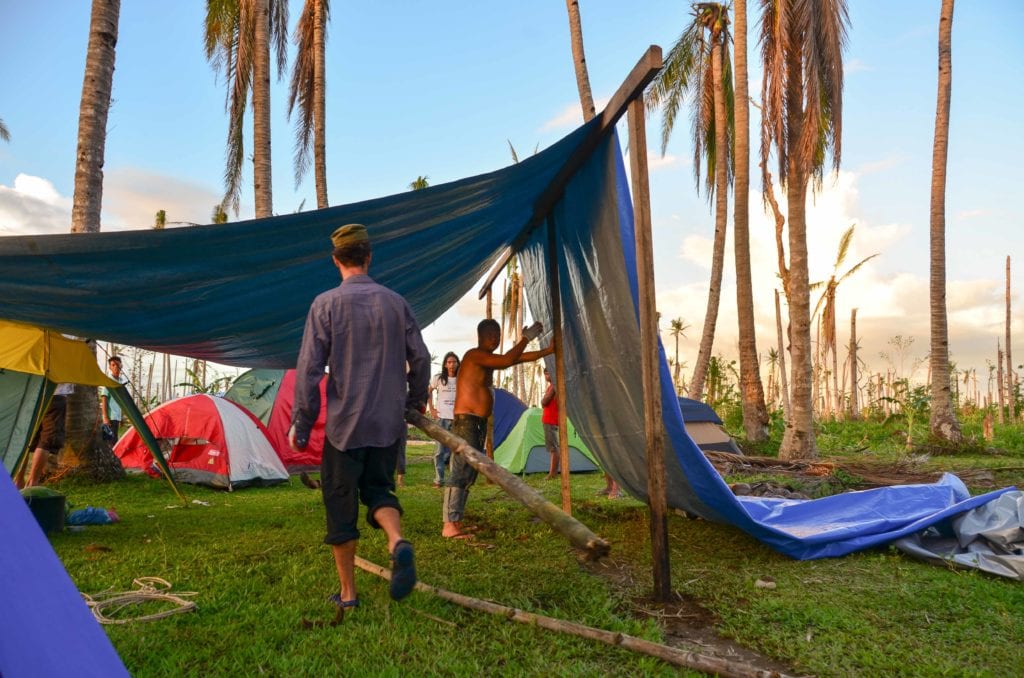 The next day, 200+ villagers showed up to see what this workshop was about. There were people peering in from behind the gates in the windows, curving around the side of the building. I didn’t understand a lot of what was going on, but I felt lots of hope in the room. There’s a saying in the Philippines called Pintakasi. I understand it to mean pure love manifested in unconditional community support. The room was overflowing with Pintakasi that morning, so much that it permeated the whole town.

We did this activity where we asked the villagers to write down on sticky notes what they felt was precious that has been lost and what they’ve lost that they’re ready to let go. Everyone had to come stick the post it notes in the middle of the room in the appropriate circle. I imagine these people have never even seen a post it note in their life, much less ever done an activity like this. However, everyone was more than receptive because for the first time they felt included in this effort for aide and they were eager to participate with all their heart.

After lunch, there was a natural building workshop and a gardening workshop where the community came together Pintakasi style to build a bench out of mud, straw and dirt. Mia and Sabina facilitated the planting of the community garden as well. There was joy in the air. Everyone was smiling, being playful and just having a good time. You couldn’t tell the most powerful storm to ever hit land had roared through just two months prior. Even though there’s lots of fallen trees and destruction, there’s a chilling beauty about it all. 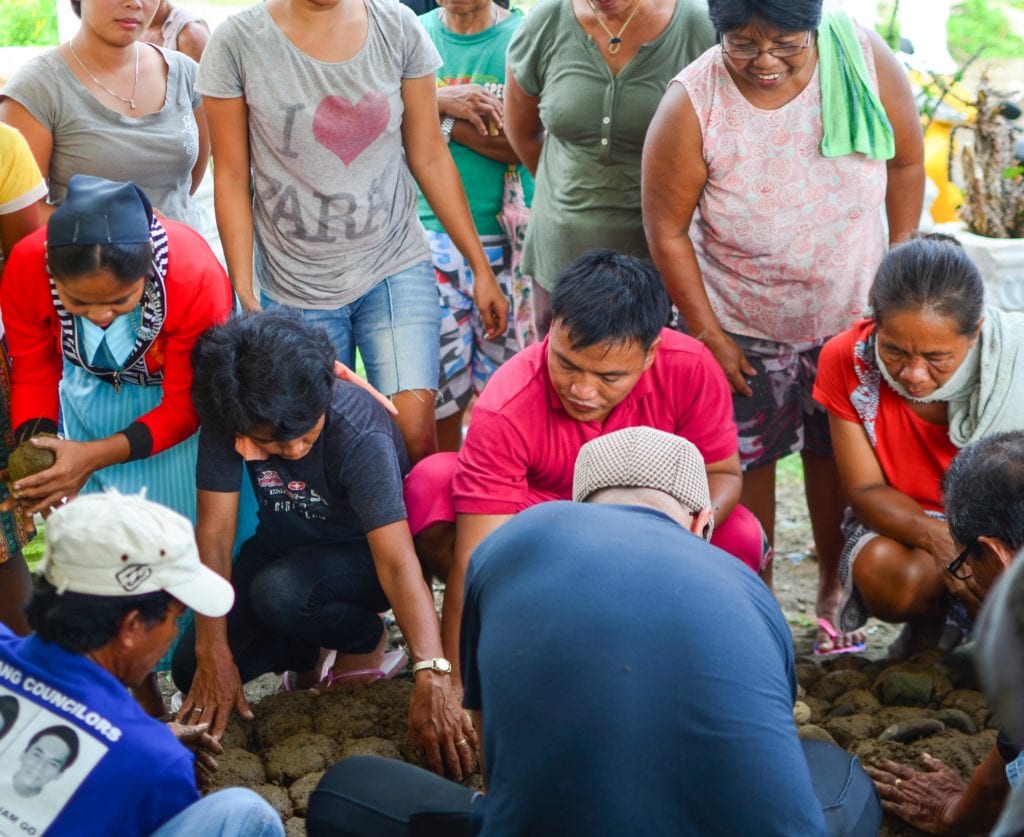 I realized this is all that really matters. Waray is the name of the people and the land here which translates to nothing. The people here are so happy because they realize they are nothing. In embracing their nothingness, they have everything. One of the most magical moments this came through was when 20+ kids followed us down to the river to go for a swim. It ended up erupting into this massive mud fight full of waray. I’m realizing we didn’t come here to heal the village, they’re actually healing us from the deepest place of nothingness.

Thanks Batug, I’ll be back to learn more. 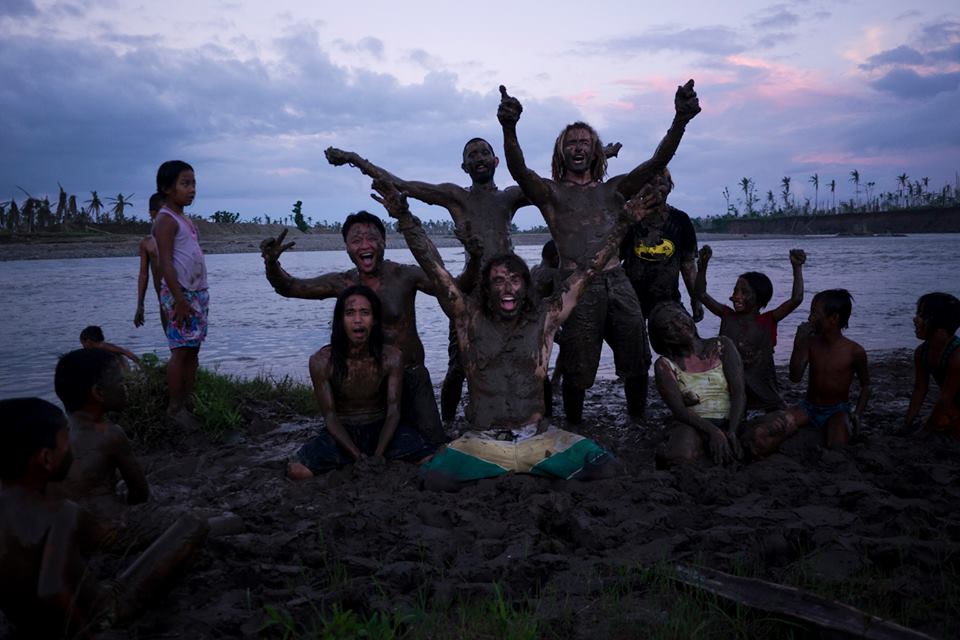