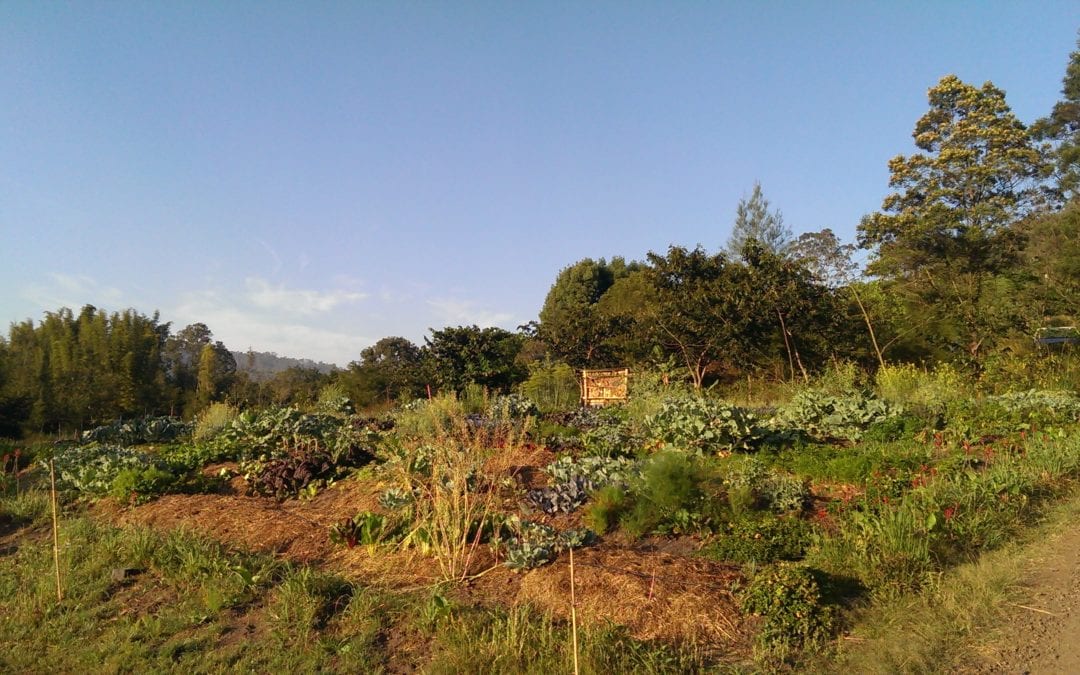 I’ve began a permaculture design course at the Zaytuna Farm with Rhamis Kent as the instructor. Zaytuna Farm is the personal property of Geoff Lawton, he is one of the world’s foremost experts and authorities on permaculture and this farm is one of the world’s most well-known demonstration sites. Permaculture comes from Australia and Geoff studied under the guys that originated the idea (Bill Mollison). It’s quite an incredible opportunity and I don’t think it’s really set in yet. I’ve come to the source of the fountain to drink some knowledge and it’s shooting out like a fire hose. I feel blessed to be here.

Day one started by talking about why each of us had come to the course and what we hope to take away from it. We spent the rest of the day setting up the context, illustrating the social and environmental problems that birthed permaculture and then getting into the guiding principles behind the solutions. The best part of the introductions was that I got a sense that Rhamis shares my belief that we need more business in the world of permaculture to help these solutions cross the chasm into the mainstream. This is great, validation that I’m onto something.

We are learning straight from the Designer’s Manual and getting a good dose of Rhamis’s style mixed in. Rhamis defines permaculture as a “design science that seeks to create arrangements facilitating the highest possible system functionality and yield for the lowest possible energy input required to produce and maintain it. Natural ecosystems provide the best possible example of this operational principle.” I think of permaculture as systems design thinking inspired by nature. The premise that much of the understanding comes from is the fact that nature is the most perfect thing that we know, it’s got 4.5 Billion years of evolution behind it.

Nature produces zero waste, its inputs are readily available in abundance on a localized level and it’s the most adaptable thing in the world. Nature is this highly intricate, complex interconnected system at play that we will never fully understand. However, we are capable of observing and drawing some conclusions about how it comes together and works and we can leverage these observations to design systems that serve human needs in highly efficient manner. I’ve come to the conclusion that it’s asinine to the think we can outsmart or outengineer nature with our shiny ‘technological innovations’ – it’s simply not going to happen. We need to recognize that were not superior to the natural world and that our survival depends on us working with it, not against it. Having said this, we have some incredible tools and technologies available that can help, we just have to use them for the right reasons.

The way we’ve constructed our economies is extractive and degenerative, this isn’t sustainable. Paul Hawken says, “We are stealing the future, selling it in the present and calling it GDP.” Money makes the world go round and I’ve got a feeling this isn’t changing any time soon. We’ve got to figure out a way to work within the confines of a broken system in order to shift it. Our current economic system privatizes all the profits and publicizes the hard to measure longer term costs (i.e. pollution, health problems, environmental degradation, etc.) giving them fancy names like negative economic externalities. How messed up is this? Companies get all the treasure and the public gets footed with a bill they’re not even told about. If companies were to actually account for the natural capital they use and accept the costs of all these crazy externalities, not a single one of the world’s top industries would be profitable. The metrics are completely out of whack; they incentivize businesses to destroy the earth.

Another interesting thing I learned is that 90% of global conflicts are happening on degraded land that has become desertified. If you think about this a little bit, it makes a lot of sense. You can’t grow food on degraded land, so you either have to import food from elsewhere or move. Oftentimes, people cannot afford to import food in these areas so they move. There’s usually people in the place where the displaced folks are moving towards and sometimes they’re not so excited about the newcomers and they fight. As such, soil degradation is the source of many global conflicts in the world today. The most commonly cited causes of civilizational collapse over the course of history are deforestation & habitat destruction, soil problems (i.e. erosion, salinization, fertility loss) and water management problems. Each of these are directly related to soil health. This begs the natural question, so what causes soil degradation? The biggest proponents of soil degradation are modern agricultural practices, overgrazing and deforestation. There’s a plethora of information available about why the industrialization of agriculture may well be the worst thing to have ever happened in the history of humanity, so I won’t belabor that much further.

Did you ever wonder why the great plains are so fertile? Back in the day when were still wide stretches of savannahs and plains across the American Midwest, there used to be these megaherds of animals mostly dominated by buffalos that would move across the land. These herds were massive, I’m talking a mile and a half wide, hundreds of thousands of buffalo just charging through. The herds would enjoy the plentiful grasses, they’d poop, they’d pee and they’d stomp all over their waste pushing the nutrients back into the ground for rebirth. A natural question is why didn’t they just hang out and eat all the grass? Why would they move? It’s because of their predators, the big bad wolves. The wolves were effectively responsible for regulating this system of death and rebirth of the prairie grass. The herds would never get enough time to eat up all the grass, they’d be pushed onward by the wolves. The weak creatures in the herd would get picked off and become food for the wolves as the genetic pool of the herds would get stronger and stronger. This cycle continued on symbiotically regenerating the grass and making the Great Plains one of the most fertile places in the world.

When industrial agriculture came in, the first thing they did was kill the predators. There’s been many other atrocities that have ensued since then, but this one little thing of killing the wolves imbalanced the entire system and threw everything out of its natural state of equilibrium. It’s essential to recognize that nature’s systems are quite intricate and disrupting just one part of it will have drastic effects on the whole. Seen from a farmer’s perspective, one might think the wolves and the herds are competing and it’s all about survival of the fittest. Seen from the Earth’s perspective, the wolves and the herds are collaborating together to serve a greater purpose of regenerating the land.