Is social purpose exploding the rules of Fast Food? 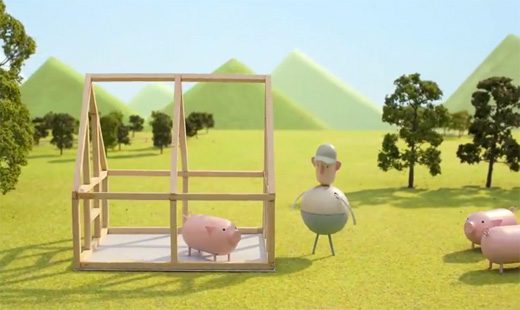 When someone mentions ‘McDonald’s’, what thoughts initially race into your mind? For the vast majority of people reading this blog, I’d be willing to wager that ‘fresh’ wasn’t on the menu.

Admittedly, I’ve never been a fan of Mickey Dee’s myself. When I was just a youngster, it was their dark meat chicken nuggets that got me in a fluster. And when I became old enough to grasp the concept of a supply chain, well, let’s just say it didn’t do the fast food giant any favors. Recently however, McDonald’s threw down a challenge that gave me hope for the future of Big Food.

According to the L.A. Times, “The fast-food giant is requiring suppliers to provide plans by May to phase out stalls that restrict the movement of pregnant pigs. “ The announcement came soon after competitor Chipotle unveiled a two-minute TV ad during the Grammy’s (an ad which arguably upstaged some of the show’s performances) about its longstanding ban on confining pigs to tiny barred enclosures.

If you’re thinking coincidence, think again. While I’d hope McDonald’s made its decision simply because it was in their pigs’ best interest, I’m not so sure. Here are a few of the facts that got me thinking:

Clearly there’s numerous variables contributing to Chipotle’s impressive performance, and by no means am I saying that social purpose alone is driving their numbers. Still, it’d be extremely difficult to argue that Chipotle’s commitment to social and environmental responsibility isn’t resonating with consumers, investors or even competitors.

Rest assured I’m not asking you to take my word for this business transformation that’s taking place. New research on the world’s 50 fastest growing brands found a cause-and-effect relationship between a brand’s ability to serve a higher purpose and its financial performance. According to brand consultants Millward Brown and former Proctor & Gamble marketing officer Jim Stengel, investment in these companies – the Stengel 50 – over the past decade would have been 400% more profitable than an investment in the S&P 500 (for more on the study and methodology used, click here).

Social purpose is on fire today. Global PR firm Edelman is even asserting‘Purpose’ is the 5th ‘P’ of marketing. And it’s not just Edelman making bold claims and predictions on the future of social responsibility and embracing a ‘higher purpose’ when it comes to winning with consumers. Acclaimed marketing, communications and brand agencies JWT, BBMG and Cone Communications, among others, launched reports predicting similar trends last year and this year respectively.

If we want to accelerate the extraordinary social purpose that businesses are beginning to increasingly embrace, we’ll need to show them that social purpose has the potential to create massive financial opportunity on top of public benefit. For too long, social responsibility and profitability have been in their own separate silos. Rather than having CSR divisions become the “department ghettos” of corporations, their operations should be central to a business’s strategic goals. We need to stop thinking about social purpose as a tool for solving CSR problems and instead a colossal opportunity for ensuring long-term, sustainable economic growth.