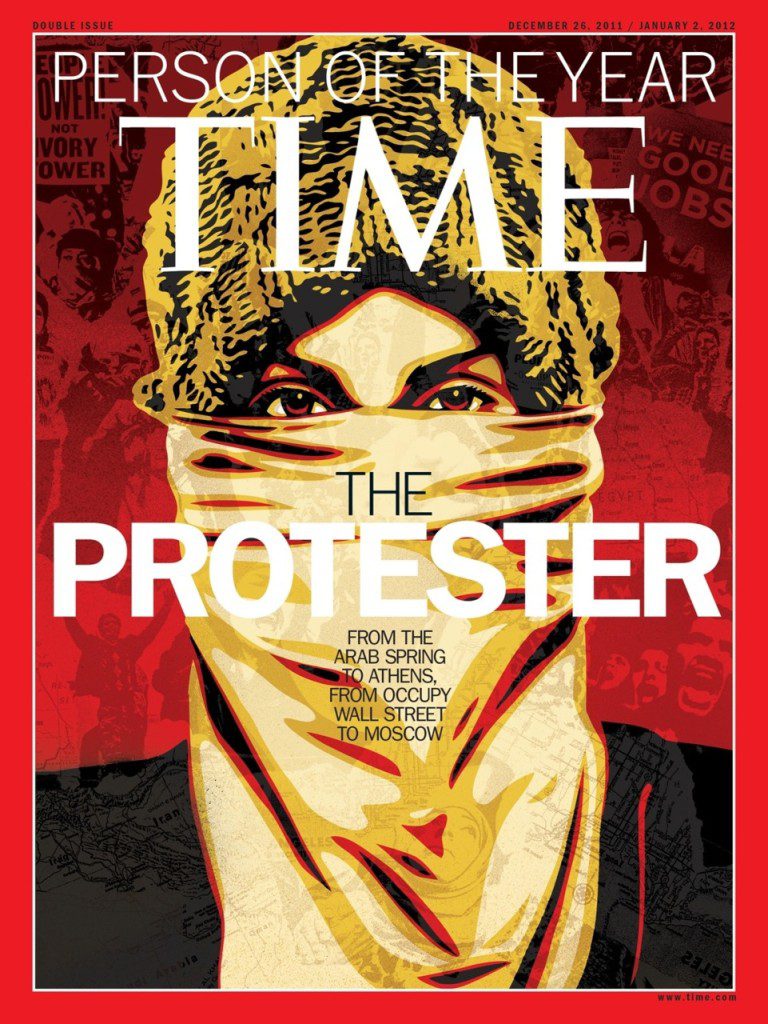 Is “Occupy Consumerism” just around the corner?
poptech:

TIME’s 2011 Person of the Year is The Protester

“As soon as you cross the line of fear it just happens,” explained Shima’a Helmy (PopTech 2011) in detailing how she began protesting in Egypt and has become one of the country’s youngest activists who led that country’s uprising.
Now a full-time human rights activist, Helmy joined filmmakers and friends Micah Garen and Marie-Helene Carlton onstage at PopTech to talk about their collaboration on an upcoming documentary film If. The film will explore what it’s like being a young revolutionary through the eyes of four different Egyptian women (including Helmy), although as Garen states, their story is far from over.