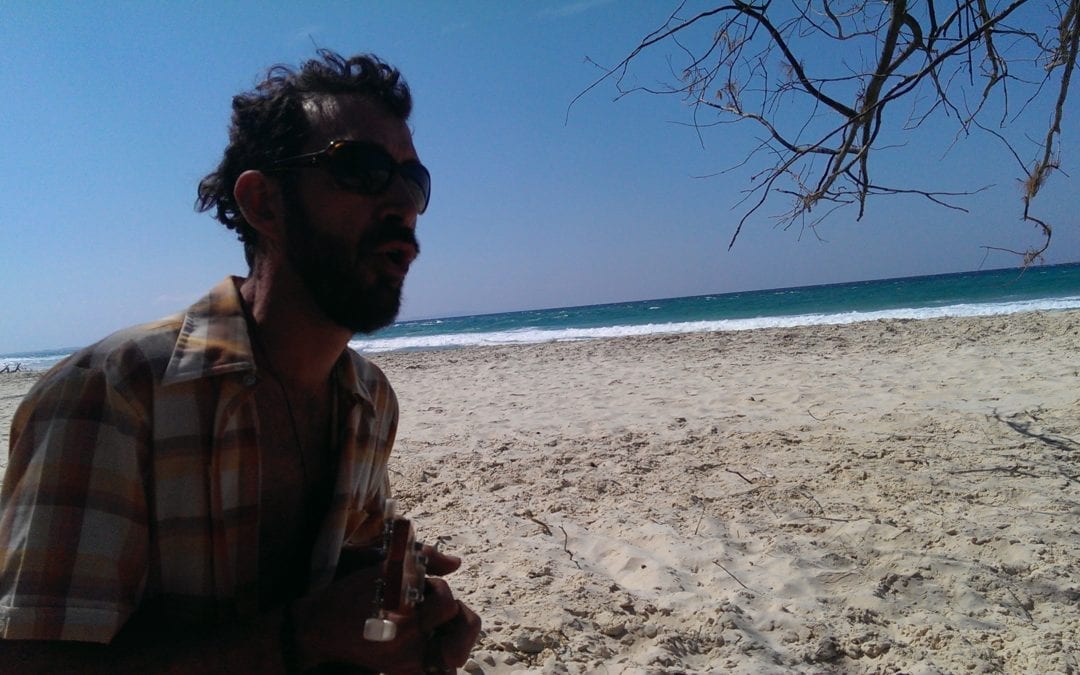 The air was heavy with the smell of the sea and the harmonic vibes were heard throughout Stradbroke Island. Last weekend, I went to my first musical festival, ever. Eli has been part of the festival culture for 10+ years, so he naturally knew some people responsible for putting Island Vibes together as well as many of the musicians and artists who were performing. The first night when we arrived to the house that Lubdub and the crew had rented for the weekend. Everyone was beyond welcoming, I developed a strange sense of belonging and acceptance into this group of people where I was the obvious fish out of water. It was such a pleasure to share the weekend with such fine folks.

I felt kind of weird at first when everyone was dancing to this foreign mesh of dub, electronic and reggae music all into one. I’m not usually the first one on the dance floor and feel super awkward in situations like this. People were kind of dancing with one another, but not really, much of the dancing I observed had the sense of individual expression. I embraced the ‘When in Rome’ attitude and jumped right in. It felt so odd at first and then I started getting into it. I closed my eyes for some time and focused on trying to feel the music and it happened! I felt absorbed by the music for the first time in my life and forgot about all that self-consciousness bullshit about what I might look like. It was a beautiful moment. Becca’s set at the end was my favorite, she was another musician friend of Eli’s who I stayed with.

I felt so blessed and lucky to be having such an experience. I’m in Australia on a beautiful tropical white sandy beach island at a super chill music festival hanging deep with the musicians, artists and organizers of the event. I felt like my new friends were famous or something, we couldn’t go more than 10 feet without bumping into someone that knew them. 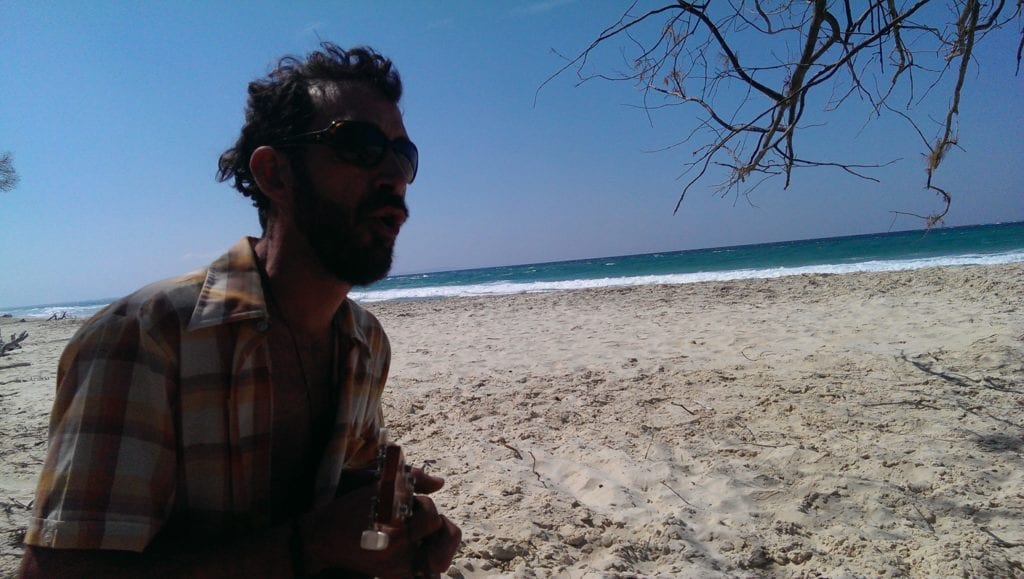 The most impressionable part of the entire weekend was being able to truly take part in being with artists in their element. Since watching April get excited in the maker lab and create masterpiece-like sketches of the Chicago skyline in a matter of minutes, I’ve gained a new sense of appreciation watching people fly in their element.

One of the days after the festival, I was taking a walk with Yuval who has worn just about every single hat in the music business over the last 20 years. He is an expert musician and was rocking out on the ukulele as we walked around the beach one day. I instinctively started playing the air drums and the greatest band ever was born. I felt the heat of the bright lights, I heard the wild crowd cheering over the loudspeakers and even saw myself smashing the guitar at the end of the show in classic rock & roll style (one of my secret dreams). We did this all day long and it was such a treat to be able to fully participate with this artist in his element, despite the fact that its not my element. I feel like I became a rock star that day, its so rewarding to submit to my imagination and let it take me away for a while.

When was the last time you let your imagination go?