Give and You Shall Receive 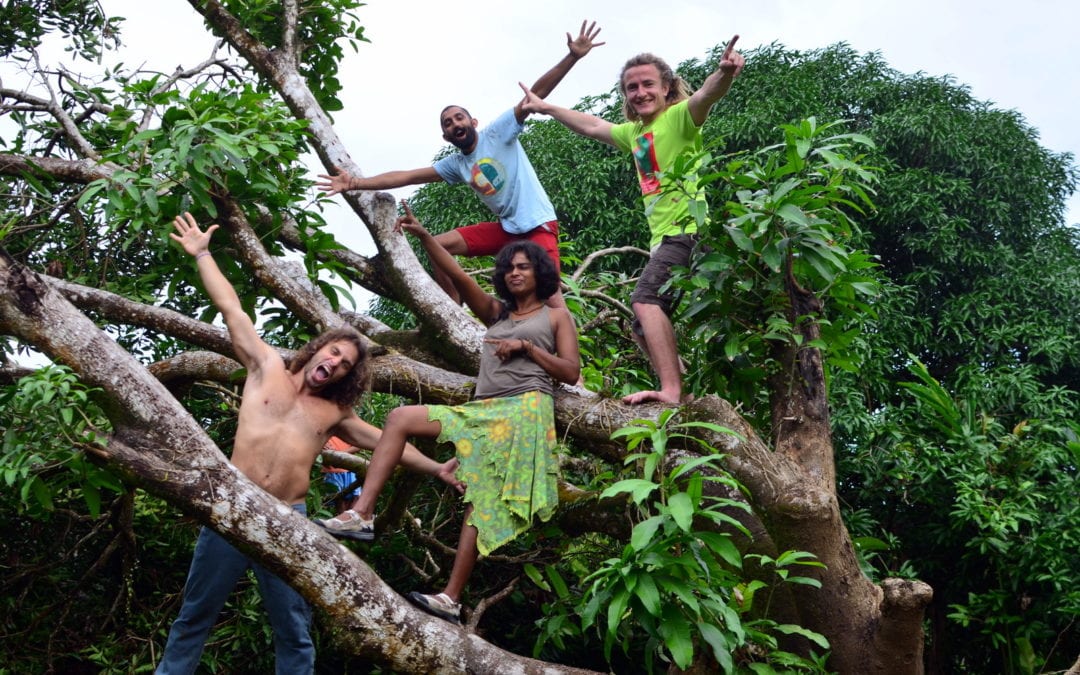 I was debating what I should do after my experience in Australia. There’s a built in transition period designed into my year with Experience Institute and I was thinking maybe I’d have a week or two of ‘vacation’ time riding around New Zealand on a motorcycle, backpacking through Laos or maybe snowboarding in Japan- spoiled for choices. When I was in Australia, I heard about a typhoon that swept through the Philippines. People were saying it’s the most powerful storm that has ever come to land in the history of the world. The choice became clear. Intuitively, I proceeded to book a ticket back home to Chicago via the Philippines thinking I’d give some time to the relief efforts.

After booking my ticket, I had a bit of a scare realizing I didn’t actually know anyone there. It passed quickly though and I trusted it was going to work out and I’d find an opportunity that fit. The next day, I randomly met Mariel who is from Manila. It just so happened that she was going to be there at the same time as me, so she graciously invited me to spend Christmas with her family in Manila. She told me more about Permaculture Aid Yolanda, a relief project focused on holistic and sustainable regeneration of communities affected by Typhoon Haiyan. She spoke of a retreat that was going on at Bahay Kalipay called The New You in The New Earth which is connected with Maia Earth Village, a prominent eco village community in Asia. I haphazardly booked a few more flights so I could go to part of the retreat and make it to Cebu in order to get into the heart of the disaster zone.

In my communication with the team from Permaculture Aid Yolanda, I had been tasked with working on a short storytelling project highlighting the current process being undertaken for sustainable relief. I imagined I’d leave the retreat early by myself, journey to Cebu and then make the arduous solo trek into the village of Batug. It might not sound ideal, but I was totally happy with this situation because I felt a deep conviction to give and help share this story.
Enter The Dream Team
The day I arrived to the retreat, I met a kind Frenchman who had been in Bahay Kalipay a year earlier. He had seen a post on facebook about Permaculture Aid Yolanda and felt an urge to come back to this place he had enjoyed so much to help. He didn’t know much about permaculture or sustainable relief, but thought he might learn a lot. Paul climbs buildings doing repair and maintenance in Switzerland six months of the year. I found a new companion!

Later in the evening, I met Carlos, the fiery Spaniard. Turns out he had been debating for a few days about what to do and where to go. Five minutes before we met, he decided that he was going to go to Cebu and see how he might be able to help with this project. Carlos is an award-winning filmmaker who has a knack for empathy and sharing stories that matter. And then there were three.

The next day, we met Sabina who hails from Malaysia. She’s grown up in a family full of social workers and she is the first person who brought permaculture to Malaysia. She’s piloted a rural and an urban demonstration site as well a social enterprise offering workshops, courses and design consultancy in Kuala Lumpur. She gave away her share of the business, left it all behind and is one of the key people orchestrating efforts for Permaculture Aid Yolanda. We’ve been affectionately calling her permaprincess.

Since I had already booked a flight to Cebu, everyone else decided to book the same flight and we went to Cebu on December 30. At the retreat, we met Tony Mendoza, an avid philanthropist/businessman and Baby who is the financial controller for a shipping company outside Cebu. They took us out to a floating restaurant in Cebu for a delicious typical Filipino meal and then Tony took our team back to his house in Liloan a suburb of Cebu.

We’ve been growing as a team, sharing stories, planning, coordinating, buying supplies and ringing in The New Year together as a soul family. Tony has treated us to delicious food, advice, cultural experiences and we’ve even gotten to spend time with his amazing aunties and uncles who live inspiring lives. His heart is so big I’m surprised it hasn’t exploded out of his chest yet. Yesterday, we spent the day buying supplies and tools that we’re going to need to help rebuild the community of Batug. Our pockets are empty, but our hearts are overflowing with compassion. Tony opened his heart to us again and donated most of the tools and supplies we need to make this happen. This morning, he’s been scurrying around emptying his house of games, books and random supplies he thinks will be helpful. Tony keeps reminding us his door is always open. Baby helped us figure out logistics and donated the use of her family multicab, which is a mini pick-up truck. Baby and her husband are coming with us to the disaster village of Batug tonight. Out of a desire to give, we’ve received tools, a hot set of wheels and support in making the world a better place. Without Tony and Baby, none of this would have been possible, we are eternally grateful.

Pi, the man behind inner dance and Maia Earth Village is arriving to Cebu this afternoon to spearhead the community consultation on the ground and we’ve got a few more friends including Gigi, Maui and Sarah who are part of the journey because they too feel compelled to give. There’s three volunteers in the village of Batug that have been there for a few weeks already. They’re holding the space, immersing themselves in the community and have little to no resources. We don’t know exactly what’s going to happen or whose going to do what or anything at all really. All we know is that magic is in the air and we trust the universe. We could not have planned this more beautifully. Everything is flowing like a smooth, yet brisk river that has its eyes on the ocean.

The synchronicity is remarkable and this is just the beginning. We’ve got a super-capable and passionate team driven by a deep calling to give. The universe is resonating and she has already started giving back beyond belief. There’s a sense of apprehension, excitement and deep deep hope for the journey that lies ahead. So much gratitude for the people of the Philippines.