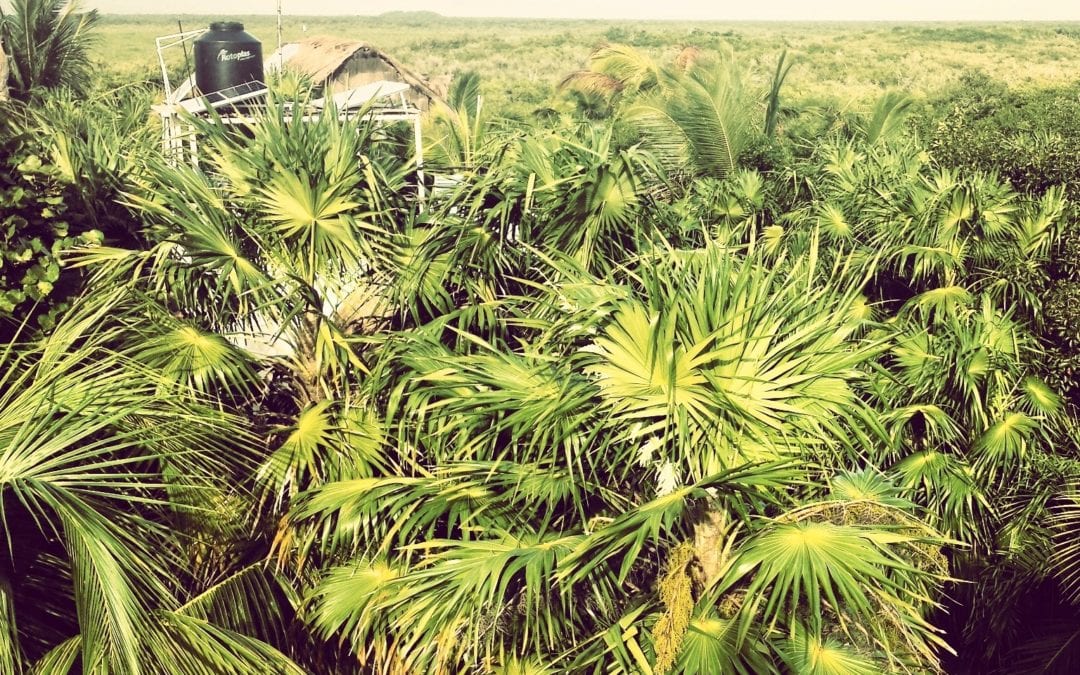 The Caribbean coast was mostly uninhabited before tourism arrived in Cancun 20-some years ago.

Taking it from the top, there’s Cancun. It started out as a super exclusive place for select wealthy nationals and expats. People started investing in the area, developing the beachside with luxurious resorts and getaways. The powdery white sand and warm turquoise waters filled with blossoming marine life didn’t stay secret for long. Word got out and it spread like wildfire. Then the town exploded; hotels and nightlife as far as the eye can see, eating away at the once pristine powdery beach. All inclusive resort packages attracted party vacationers and spring breakers from all over the planet – also bringing with it a culture of drugs, sex and rock ‘n roll. I’ve only spent one night in this place and couldn’t handle how artificial it felt. Sometimes, you see people like this there… you know that means trouble.

Moving down the coast, there’s Playa Del Carmen. This place also packs quite the party punch and has developed even faster than Cancun. It’s kind of like a spillover town. The party scene is similar to Cancun in terms of intensity, there’s just less of it. It’s still quite the tourist destination, the main drag, La Quinta, where you can find heaps of shopping, food and nightlife, stretches for more than 2km.

Yet, there’s another side of the story. Alongside the party scene, there are thriving communities of yoga, holistic healing and ecological development for both nationals and expats alike. I went to a yoga class with my local friend Danae at a studio called Ananda. The studio was over capacity with 65 yogis, three instructors and a pool of extra salty sweat. The instructors tag-teamed the entire class, uniting their varying modes of expertise into one inclusive experience. After class, there was exuberant singing and dancing, a masterful art gallery created by a six-year old from the community, aerial yoga performances, African dancing and even a magic show!

I visited an ecological development on the outskirts of Playa Del Carmen, tucked into the jungle called SacBe. There’s a beautiful temple where medicine circles and healing ceremonies are attended by upwards of 100 people. The entire development is off the grid and the structures are constructed from adobe, stone and wood molded into beautiful organic shapes. Much of the area around the development is protected land, so it’s surrounded by a sea of jungle.

There’s a sense of juxtaposition, yet yogis and partygoers coexist amicably in Playa Del Carmen. There’s something for everyone!

Moving down South, the Caribbean continues to be spectacular as you reach Tulum.

Tulum is split into two parts: the pueblo where the locals live and the beach where the tourists live. Driving down the beach road, it seems as if every sign has something to do with ecology, natural things, organic products or yoga. There’s a thriving community of musicians and artists. There’s even an artist-in-residency program called Residencia Gorila that has launched projects painting murals across entire towns, raising money to preserve ocean wildlife, while uniting talented artists together from all over the world. There’s no shortage of vegetarian, organic and vegan eating options around Tulum. Granted, there’s plenty of clever marketing (i.e. greenwashing) and the jury’s still out about the authenticity of these offerings. There is still lots of construction and partying, but it’s much less invasive and a lot more ‘organic.’ I still feel like I’m in the jungle walking down the road. It’s a beautiful place.

At first glance, the toxifying nature of Cancun is in duality with the plethora of detoxifying options in Tulum. Both towns, however, developed as a result of a tourism boom because foreigners wanted to experience the paradise of the Caribbean Riviera Maya. Cancun was the pioneer, responding to what the market demanded at the time. Playa Del Carmen was the second prototype and the experimentation and tweaking continues with Tulum. Tulum spawned in a time when the market demanded something different and it continues to grow and serve the ‘eco-chic’ crowd (whatever that means, haha). Each town down the Riviera Maya may look and feel different, but they all started with the same white powdery sand.

I wonder where the next iteration will lead?