Dominating the World and Facing Rejection 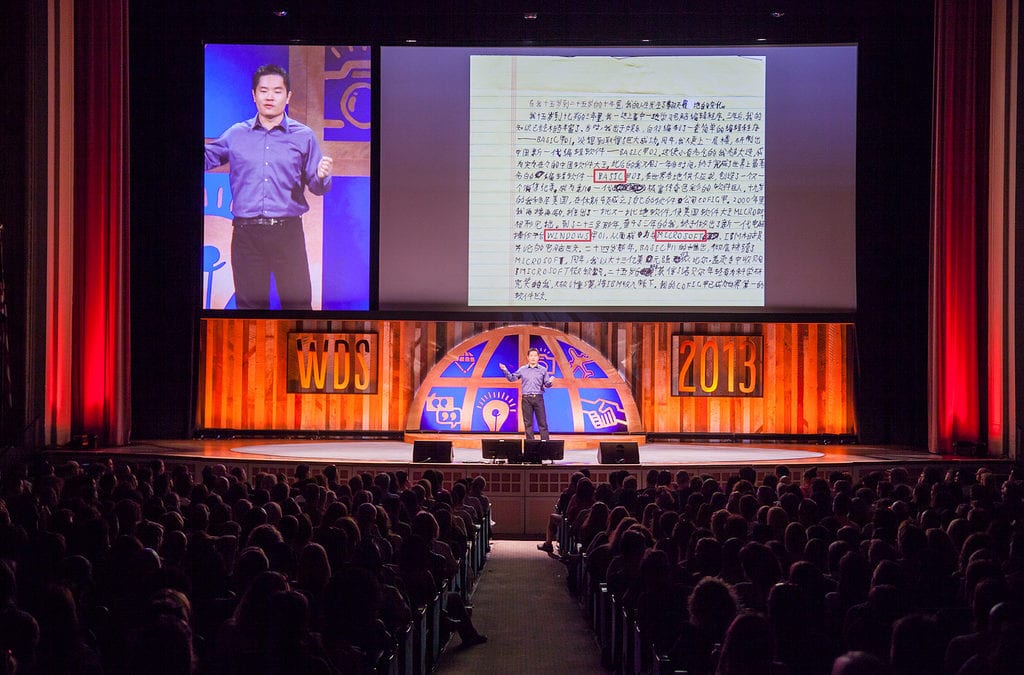 I’ve been following Chris’s blog on and off for nearly four years, before the World Domination Summit even began. I read his first book, The Art of Non-Conformity, while I was still stuck in corporate serfdom and have been reading and hearing about WDS since the inception in 2010. This past fourth of July weekend was my first time ever participating in the summit and it might just have been the most electric gathering of people I have ever been a part of. It’s a meeting of misfits carving out lives for themselves outside of our conventional broken systems and killing it (or on the road to). The question that really guides it all – How can we live remarkable lives in a conventional world? The summit attracts people of all shades, colors, professions and interests, but we are all united by a similar perspective of the world and values like community and doing good.

The summit was intense, to say the least and I walked away feeling inspired, empowered and most importantly like a badass. It was emotional – I laughed, I cried, there were some times I felt sad and overcome, but mostly I felt happy, and connected because I knew wasn’t the only circle in this square world of ours. There’s something indescribably special about being there and just feeling it that no blog post could ever justify. Another thing that is really neat about the conference is that it’s entirely non-commercial, there are zero sponsors and no one tried to sell me something I don’t need the whole weekend. The surplus from the operations of the conference is being used to create a $100k scholarship fund for people who need a little help in realizing their unconventional non-conformist dreams.

The talk that stuck with me the most from the weekend was by Jia Jiang as he told his story about learning to deal with rejection. This man had all the trappings of a successful life (as defined by societal norms) like a 6-figure income, nice car, big house, beautiful wife and he even had a baby on the way. He had met Bill Gates when he was a boy in China and had dreamt of growing up and becoming an entrepreneur. When his wife became pregnant, Jia realized he hadn’t pursued this childhood dream and that he was stuck in this vicious cycle of corporate slavery. He left his job a few days before his wife gave birth, worked on a startup and was rejected funding. This rejection experience was especially trying for Jia and he thought about going back and getting a real job again. His wife pushed Jia forward and insisted that he continue on his entrepreneurial quest. Jia thought he should learn more about rejection and started his 100 days of rejection therapy where he’d go out an ask ridiculous things from random strangers in pursuit of being rejected (i.e. driving a cop car, flying a gyroplane, playing soccer in your yard). The crazy thing about this experiment was that people said yes to some crazy things!

I’ve experienced a lot of rejection and failure in my own life and maybe that’s why I connected so well to Jia and his talk. I’ve gone through a lot of adversity and faced more than my fair share of rejection and failure. I used to have a severe stuttering problem where I could barely put five words together in a sentence and every time I opened my mouth I was getting rejected; that summer in Kenya was instrumental in me overcoming this, but it was still wrought with rejection. I’ve spent the last two years trying to start social ventures, haven’t had a paycheck in more than two years and am rejected by society every single day. It makes me stronger though and I’m so happy for it. Dr. Martin Luther King Jr. once proclaimed, “The ultimate measure of a man is not where he stands in moments of comfort and convenience, but where he stands at times of challenge and controversy.”

Jia made a really simple and elegant point that blew my mind. He said that rejection is merely an opinion, that’s it. It’s someone else’s preference, it has nothing to do with any kind of objective truth about who I am. Even after facing much rejection, I never thought about it that way and still continue to feel emotions of frustration and hurt when I’m rejected. Jia is so right though, it’s just someone else’s opinion, that’s it, nothing more. There’s no reason to get so worked up about someone else’s opinion, everyone’s entitled to be wrong sometimes.