Do I really eat that? 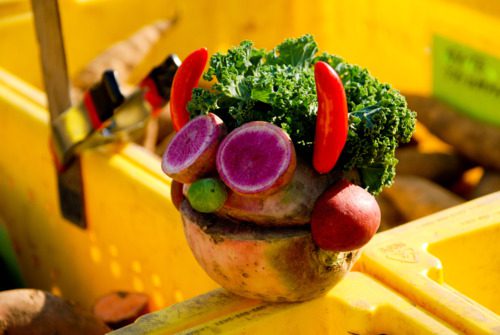 Over the last few weeks we have been reaching out to good-hearted brands that we believe might just be better for you, your communities and our world. We have been interviewing good brands in order to get a better understanding about some of the challenges they might face in relation to social responsibility, philanthropy and communicating their commitment to good to their consumers. We have been very fortunate with responses from some really great brands and are learning a lot. Speaking with these brands is giving us more and more hope that we as consumers have better alternatives out there that won’t kill us, this gives us hope for humanity and for the future of our world.
Earlier in the month, we spoke to a really passionate individual from Yumnuts. During the interview he told us about how many other companies pasteurize their almonds with a known carcinogen. I was always told that almonds were supposed to be healthy for me; it was really hard for me to believe they were being coated with a carcinogen. I was thinking… how could someone do that and actually get away with it?
So, we dug in a little more and stumbled across a really neat website called What’s On My Food? According to the data on this website, which comes from the USDA Pesticide Data Program, almonds were found to have pesticide residue not only from known carcinogens, but also from hormone disruptors, neurotixins and honeybee toxins. Seriously? This is outrageous. This is just the tip of the iceberg though. Who knew that apples, celery and spinach each have 42, 64 and 48 pesticide residues, respectively? These seemingly healthy raw foods are teeming with all kinds of stuff that is most definitely not good for anyone involved. I seriously doubt that the six developmental or reproductive toxins and 19 suspected hormone disruptors found in apples are going to keep the doctor away.
Why is this happening? How are companies like Monsanto getting away with producing this stuff to be sprayed all over our fields and ingested into our bloodstream? I know they claim to be committed to sustainable agriculture and preserving the planet for tomorrow, but is this really the best they could come up with? Neurotoxins and known carcinogens in my food doesn’t sound like its going to make tomorrow better, sounds like its getting worse.. so what do we do?
So.. what do we do? The government will protect us.. right? After all, that’s why it exists.. right? Actually, the government has been teamed up with Monsanto for quite some time with many former executives of the multi-billion dollar company holding prominent positions in the FDA. Most notably, the former Vice President of Monsanto is now the current deputy commissioner of the FDA and he’s working real hard to keep us all in the dark about what’s really in our food, while helping Monsanto exploit organic farmers who are fighting to make our food system better for all of us.

I don’t think big corporations are going to help us out and it doesn’t really feel like the government is going to either. That’s okay though, because it’s really all up to us. The most powerful vote you cast is with your dollar and what companies you decide to buy from. Together, we can all make the world a lot better, support the good stuff- buy positively